Amazon employees are encouraged to use too much plastic for packaging, discovered journalist Dominique Cambron-Gault.

At the bottom, a small aroma diffuser. A box can easily hold sixty. The object will be very well protected …

I also just did the same pack, twice, in less than five minutes. â€œIncredible,â€ Bashir continues.

At Amazon, the computer system determines which box size to use. This often results in encapsulation of such anomalies.

A box four times the size of a bag of Calgary chips.

When I learn the basics of the bundle functionality, I’ve already been an â€œAmazonianâ€ – Amazon Partners nickname – for 11 days.

But that’s really when I realized the extent of the transgression.

During my days as a packer, my environmental awareness sometimes takes over and I change a few boxes that I consider unnecessarily bulky.

Lithium batteries come in cardboard boxes for safety reasons, but Amazon’s batteries are too large which adds to the charge.

I must then inform the system that I am deviating from its orders. Otherwise, an “error” will be entered in my performance log.

But the pace of work is so fast that you can’t choose the right size box every time. There is a performance target to achieve: 67 requests per hour.

â€œThat’s a lot,â€ admits Ibrahim, who is nevertheless one of the most experienced packers in Lachine.

Too much packaging is too much plastic, and it is difficult to probe the scales, Amazon is a giant.

According to a study by Oceana Canada, in 2019, Amazon produced enough airbags to spin the planet 500 times.

â€œIt’s a huge plastic footprint, which has an impact on the environment and the oceans. Oceana Canada spokesperson Seara Thurston says in our documentary that Amazon, given its size, has the potential to make a difference. The opposite of Amazon.

Amazon questions these results, pledging to only use a quarter of this plastic. But when Oceana asked Amazon to share its figures, the multinational refused.

MI Thurston points out that air cushions are difficult to recycle.

When I pack your bags, I already know that. Amazon seems to be well aware of this as well. At the Lachine distribution center, there is no plastic recycling bin. There is cardboard and garbage recycling.

However, the machine that inflates the airbags often gets stuck. Meters of plastic film become unusable and are therefore thrown directly into the trash. I use it regularly during my days.

In Lachine, I also pack parcels in paper envelopes lined with bubble wrap. These are not accepted at recycling sorting centers in Montreal, as they are two separate items glued together. In Quebec, they are.

These plastic protectors are difficult to recycle.

“It puts a lot of pressure on the consumer to know what is recyclable and what is not,” Judge Sayara Thurston.

Solutions exist within Amazon to reduce the use of plastic, but they are slow to implement for reasons of cost, believes a former employee.

After sneaking into an Amazon warehouse in Lachin, I ordered an aroma diffuser that I was told to pack in a very large box.

I wanted to test the company’s system to see if the box was standardized.

To my surprise, the item did not arrive in a box, but in a full paper envelope.

â€œIt’s efficient, it works great, and we’ve been recycling it for years,â€ says Sayara Thurston of Oceana Canada.

The Lachin aroma diffuser did not arrive because this type of envelope was not used. He was originally from Kenosha, Wisconsin, a town halfway between Chicago and Milwaukee.

However, Amazon has no plans to phase out plastic anytime soon.

â€œPlastic remains the lightest option with the lowest carbon footprint of packaging,â€ the company says.

Marin Costa worked for 17 years at Amazon headquarters in Seattle, between 2002 and 2020.

With the Amazon Employees for Climate Justice group, the UI design specialist wanted to fight from the inside so that the multinational adopts more environmental practices. He hit a “brick wall”.

â€œIf they can save money, they don’t look at the hidden costs, like the impact on the environment,â€ she laments. They continue to use plastic envelopes because they are not that expensive.


Marin Costa points out that there are many green wash in Amazon.

â€œThey renamed an arena in Seattle to ‘Climate Pledge Arena’. It attracts attention and distracts us as they continue to develop artificial intelligence to help fossil fuel companies extract more oil, â€Mr.I Costa.

She was fired in early 2020 for denouncing the conditions of warehouse workers due to COVID-19.

Made in the USA

Our taco seasoning mix is â€‹â€‹made in the USA. The envelopes are imported into Canada by a company in Mississauga, Ontario.

The envelope arrives in Lachine, where it is deposited in the automated modules. When the consumer asks for it, I take it and put it in the trash.

Send to suburb of Toronto

Lachine’s little spice envelope is left with other products at another Amazon warehouse in the suburbs of Toronto, where it will be packed, on its own or with other items.

Once packaged in an Amazon box or envelope, the spice blend is delivered to the consumer, who may live anywhere in Canada and even the United States.

A simple envelope of spices can travel thousands of miles inside Amazon’s distribution system before reaching your door.

In Lachine, I often do an extension trans, that is, moving the products to other distribution centers.

I can pick up thousands of chests in one day that go to the outskirts of Toronto.

There are popular products like the printer paper box or taco seasoning packaging.

It is a big brand condiment, a product that can certainly be purchased in Toronto. The Canadian distributor of this brand is based in Mississauga.

When I ordered this same product two months after getting introduced, it was from the suburbs of Toronto.

This example illustrates well the distortions caused by Amazon’s distribution system, which operates globally. Products are constantly moved between distribution centers to speed up the delivery process.

â€œAmazon is in the process of replacing local distribution systems with a globalized one. This means that the transport is more intense. It’s a concern for the climate and the environment, â€says Stacey Mitchell, associate director of the Institute for Local Self-Reliance.

The majority of the orders I process in Lachine are destined for consumers in Ontario, where there are already several distribution centers.

After sneaking in, I ordered six products that I saw regularly in Lachine. Only one request came from there, the rest of Ontario or the United States.

Having said that, a centralized system can be quite good. For example, Amazon can consolidate two or three of your past orders in a short period of time, avoiding the hassle.

But what matters is speed. â€œThe pursuit of productivity is the holy grail at Amazon,â€ recalls Marin Costa, who worked for 17 years at Amazon headquarters.

Amazon employee or ex-employee? Do you have any information? Contact our journalist in complete confidentiality at: [emailÂ protected] or at 514 257-1431. 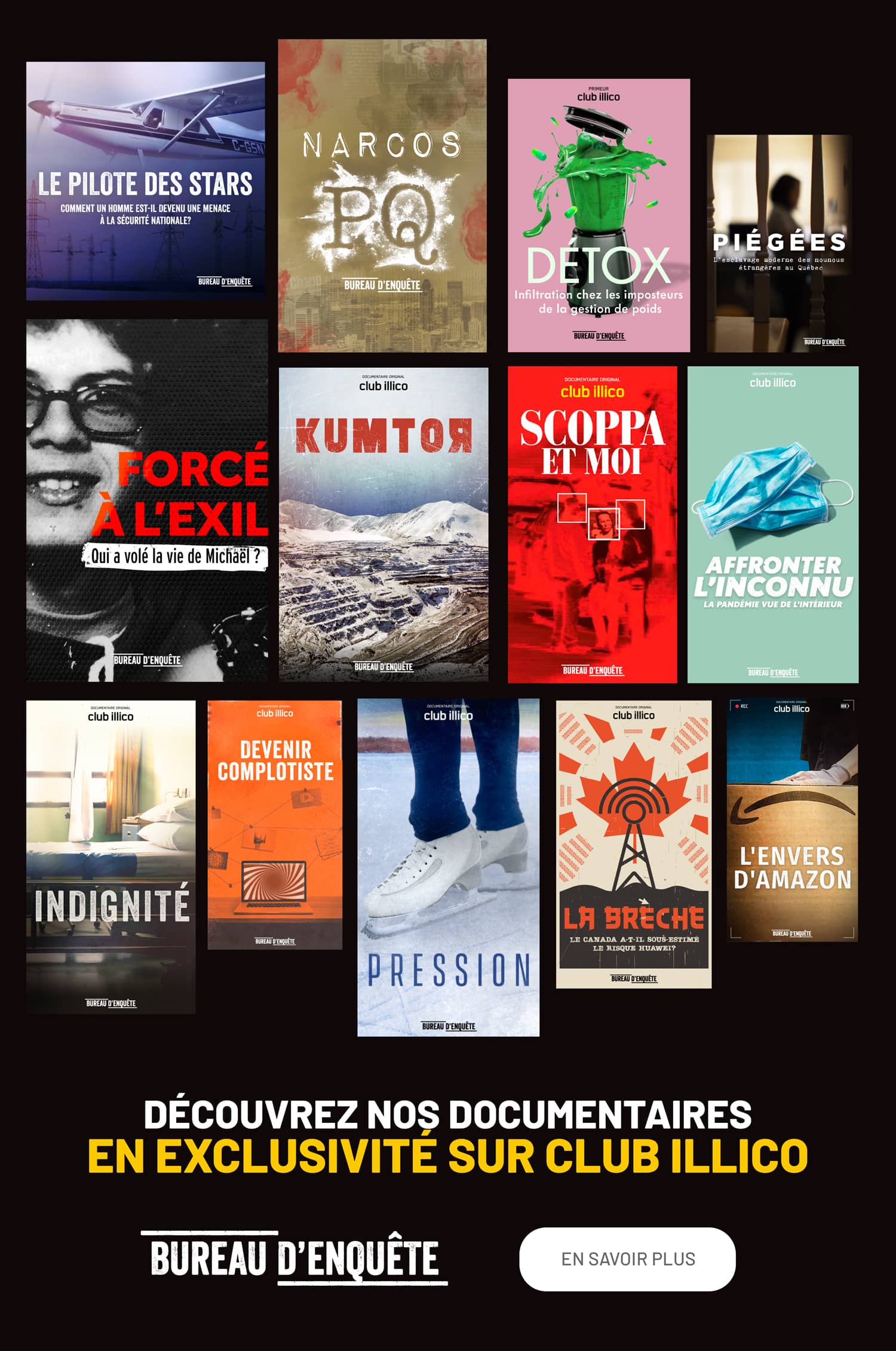